Late November and December is a great time to chase trophy bulls in New Mexico. Later in the season, the snows normally push the big bulls down from the high country. Bulls are easier to pattern this time of year and some of our biggest bulls are often taken on late season hunts.
Archery and rifle hunts are available for late season hunts in New Mexico. 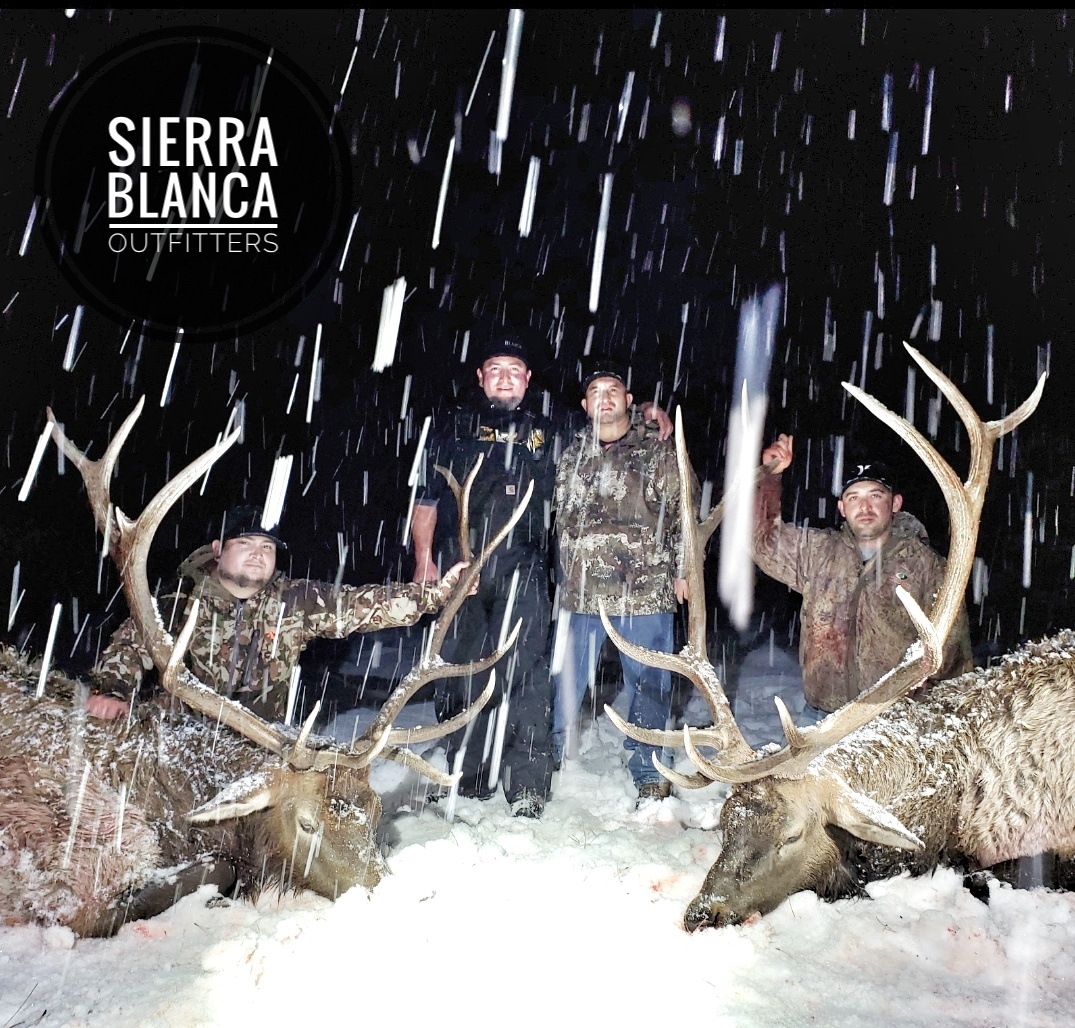 Because of the late season conditions, bulls migrate from the high country into our properties bacheloring up with local bulls, which makes for great opportunities at harvesting a trophy bull. Other than hunting the bugling bulls during the rut, late season hunts would be considered our second most productive hunts of the year.

As New Mexico winter set in, cows and calves descend to lower elevations. Young bulls, some with impressive headgear, can be found lingering around these groups looking for a receptive cow not bred during the primary rut. These bulls can be easy to pattern this time of the year as they travel between food sources and groups of cows.
Larger trophy bulls often remain in the solitude of the high country all winter. As snows become too deep, these bulls will be forced to lower elevations to feed at times and can be found in the same areas they were in during early season hunts. 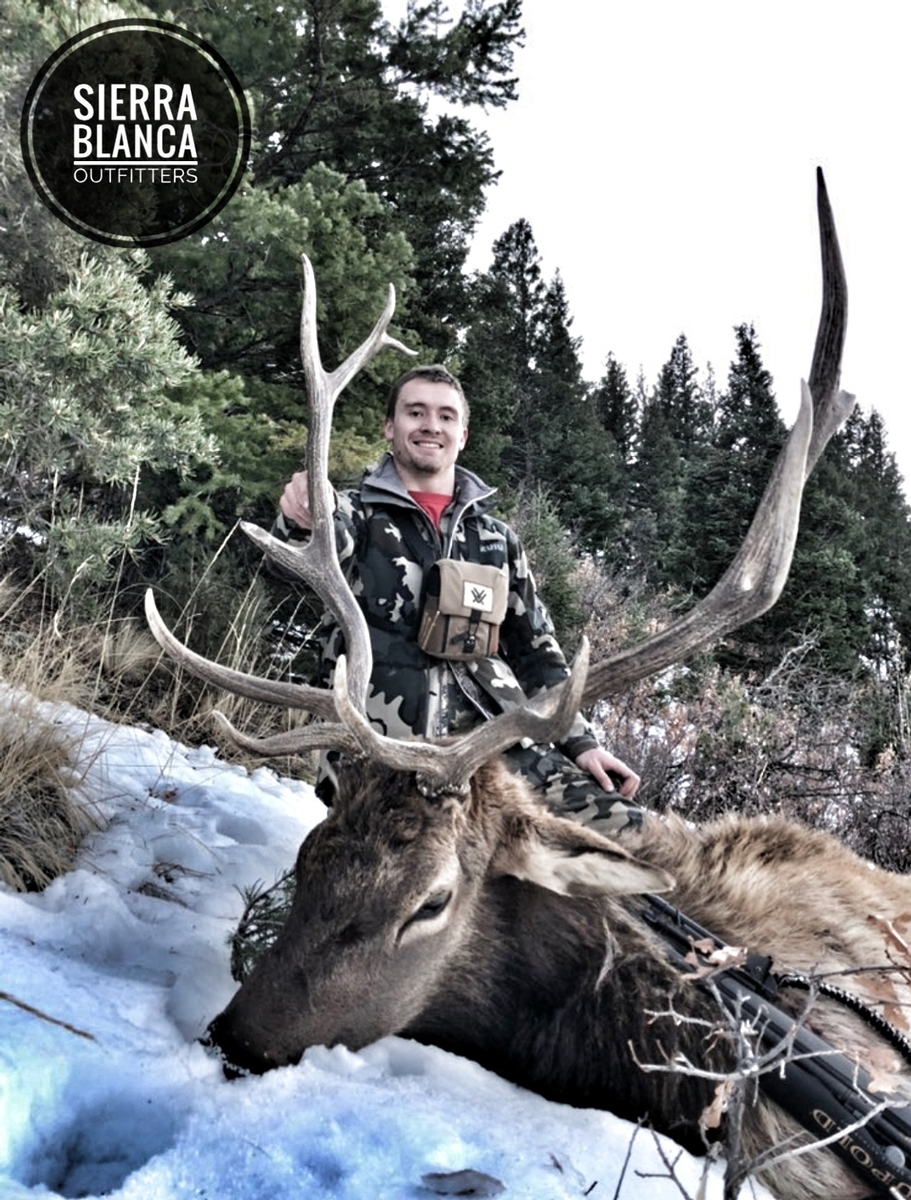 All Inclusive Packages Include: